Topics and projects of TSI and its partners 2022
Which capital and financial market trends will shape the 2022 environment? And what does this mean for securitisation and asset-based finance instruments?
Further info  LLL:EXT:tsi_base/Resources/Private/Language/locallang.xml:moreInfo
TSI Partner A functioning network is invaluable in times like these. TSI and its partner network are there for you! Further info  LLL:EXT:tsi_base/Resources/Private/Language/locallang.xml:moreInfo
TSI Events Training and conferences
Specialist training courses and conferences on asset-based finance and regulation
Further info  LLL:EXT:tsi_base/Resources/Private/Language/locallang.xml:moreInfo
you are here 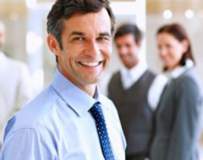 Soundly structured securitisation is an important channel for diversifying funding sources of banks and leasing companies and to transfer risks from such originators to investors. In the case of public transactions, there has been a distinct improvement in the market in recent years and securitisation of loan portfolios to obtain refinancing from the ECB continues to play an important role for banks. Furthermore in the framework of the EU capital market union project the EU intends to pave the way for a rapid revival of the securitisaton market with a new STS securitization regulation.
Although the goals of the new regulation is widely shared the outcome is still uncertain. But all in
all: Securitisation is a hot topic.
For everybody being involved it‘s important to be familiar with the topic area. That is the only way of structure quality products in a challenging environment or to properly understand such products. In addition, it is the only way of ensuring that staff are able to make sound, appropriate assessments of application possibilities and operating mechanisms and the risks and opportunities entailed. TSI’s comprehensive training in this field has already proved its worth many times over.

Our training seminar on 17 May 2018 will address the following aspects:

Would you like to get an overview of relevant originators and service providers on German securitisation market. TSI Partners will provide …

All information, institutions and regulations at a glance

to the event calendars